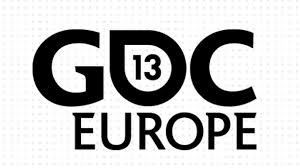 I'll be speaking again at GDC Europe in Cologne, Germany this year, the ninth consecutive year I've given a presentation at GDC or its predecessor conference, the Games Convention Developers Conference in Leipzig.  The first six of those years I had the honor of serving on the Advisory Board, one of my favorite volunteer positions in my career because of the calibre of the people around me.

Both the current show in Cologne and the previous version in Leipzig (which was acquired by UBM several years ago) are/were scheduled to precede the huge Gamescom consumer games show, which in 2012 drew over 200,000 visitors to Cologne.  The old show in Leipzig was called Games Convention and the name change took place when it moved to Cologne in 2008.

This year my topic will be "This Time It's Different: Treasures and Traps in Next Gen." The idea came to me because I keep hearing people talking about historical patterns of hardware transitions... and getting their history and their facts (and therefore their conclusions) all wrong.

The German game development community plays an especially active role hosting this pan-European show, and I've formed many friendships working there over the last several years.  If you're going to this year's show I hope I'll see you there.

Microsoft, Sony and the Tattooed Elephant

You can find lots of comments on the specific features of the Xbox One that Don Mattrick announced a few hours ago for Microsoft.  Today, however, I've been thinking about the institution of Game Publishing, what the new consoles mean, and how all the furniture keeps getting moved around our collective house.

If you assume that nothing's changed it's easy to trip on something, fall and hurt yourself.

I think the major console publishers have no choice but to commit the majority of their energies to both Xbox One and PS4.

Consoles may no longer be the only store in town, but if you're selling games they're still by far the biggest and (ironically) the most predictable revenue producers.

EA, Activision, Take Two, Ubisoft, et al know that nothing good ever comes from less than 110% commitment to your core business and your key platforms, even if you also have other initiatives in play.

Although the details of the machine are interesting, so long as neither Microsoft nor Sony shoot themselves in the foot (e.g. by pricing the machines above the audience threshold) the third party publishers have little choice.  They have to build a broad product line for these boxes.

The Elephant in the Room Has an Apple Tattoo

The consoles are the only remaining market where it's the game that's special and expensive and the hardware that's subsidized.

Microsoft and Sony take a loss on every unit for the first several years, because they treat console-and-games as razor-and-blades and make their money off the software through a licensing fee they collect on every copy of every title. They also tell users that the games are incubated, curated, juried and un-hurried, which is why they're worth over $50 each.

Consumers are being taught by Apple that there's another model, one that's great for Apple but challenging for the other large companies in the games industry. Apple's model is the opposite of Microsoft and Sony: with Apple the hardware manufacturer makes a profit on every machine, and there are oceans of cheap apps to make that hardware useful to the buyer.

This has produced new business models like Free-to-Play and many success stories, but hits have been far less predictable and the headcount-intensive structure of the big console game publishers has to be turned upside down for these models to work.

Who can best predict their revenue in the next few years?  Apple, because they've convinced people that profitable hardware and cheap games are a good proposition.

Why Predictable is So Important

What kind of a car do you buy if you don't know how much money you'll be making three months from now?

How many Christmas workers do you hire for your department store if you have no idea how many shoppers will enter your doors?

How much do you bid on that Galaga upright cabinet with the original joystick on eBay if you're not sure you'll get a paycheck in September?

Not knowing for sure that you'll have revenue coming in hoses the plans of both families and companies. You can't do anything fun, daring, risky or passion-based. You have to be careful, conservative and watchful.

Sounds a lot like the big games publishers, huh?

The Lord Giveth and...

Free-to-Play or Razor-and-Blades.  In the end, it's consumers who will decide if one or both of these models prosper into future generations.

Either way, our lives as game developers will never be the same as they were before smartphones and tablets and Facebook and always-on and multi-screen and all the other changes of the last few years.

In the years to come we will have far more choices on how to build and ship our titles. And far less certainty on when and how our revenues will be sent to us in return.

Do you disagree?  Use the comments box below to share your thoughts.